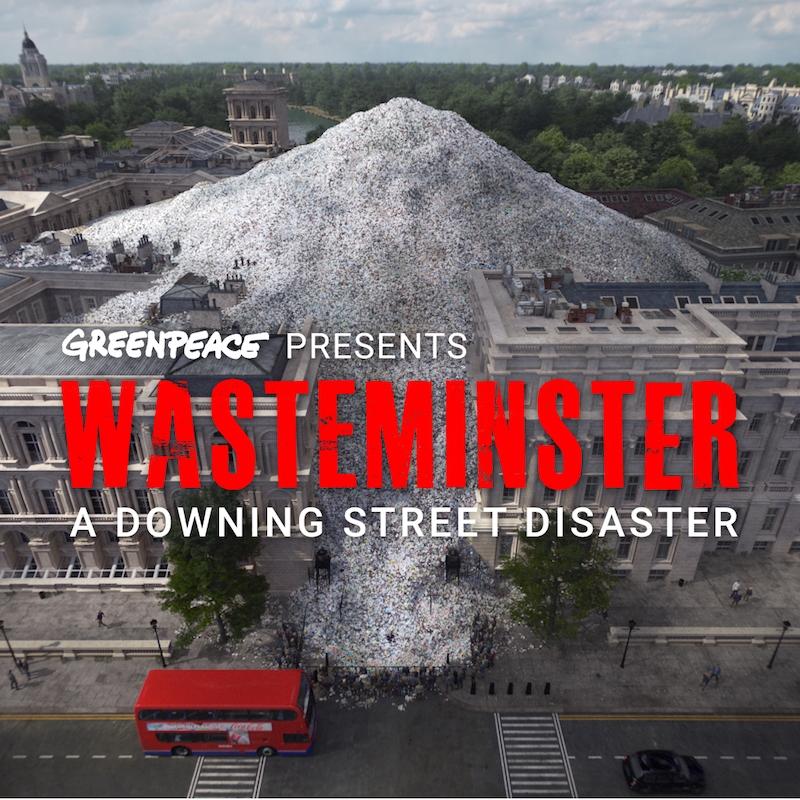 What would happen if the 1.8 million kilograms of plastic waste that the UK exports each day was dumped on the doorstep of Downing Street? The new campaign spot for Greenpeace, directed by STUDIO BIRTHPLACE shows exactly that.

To portray the gravity and scale of the problem Greenpeace used the distinctive technical ability and ecological ethos of STUDIO BIRTHPLACE who specialise in environmental and humanitarian work. Using a mix of real time data, bespoke VFX data simulation and high-end CGI modelling they created the hero imagery and accurate physics of 1.8 million kilograms of individual plastic items falling on Boris Johnson and an exact digital replica of Downing Street using library photographs and satellite imagery, showcasing incredible detail - right down to the interior light fittings. Using comedy and making big data more relatable, this film helps cast a light on a reality previously unseen.

We’ve been blown away by the great response to Wasteminster: A Downing Street Disaster during its first week of release - from going viral and hitting 6.7M views, to creating some real and important changes for plastic waste and being picked up by so many major news outlets. We are hoping by continuing to raise awareness and holding the Government accountable, the outcome of this campaign will be positive and transformative. With sustainability and climate change being a focus at Park Village, working with GREENPEACE has been a privilege and a pleasure. 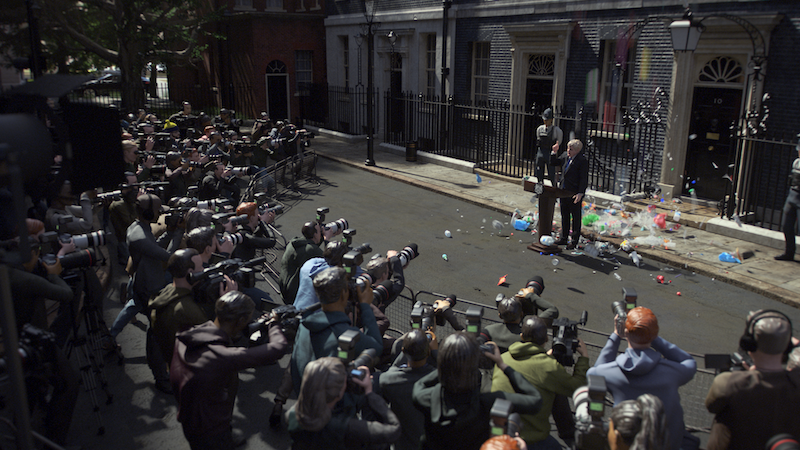 Here’s a small example of the incredible detail directors Sil & Jorik went to create Wasteminster: “We researched the average empty weight of each of the 150 items and concluded that it takes an average of 37 plastic items to make up 1 kg of plastic waste - that’s a total of 67.7 million items to make up the UK’s daily export of plastic waste! We then combined 1,000 plastic items into a single, large ball and dropped 67.7 thousand of those balls onto the digital Downing Street set, giving a realistic representation of the actual daily volume”.

To learn more about the making of Wasteminster, read the piece on It's Nice That.