Consent has from the beginning been a central part of Fatta’s work.  In order to explore what ‘consent culture’ could look like and how it came about, the project ‘Got Consent’ was started.  The project was a part of Fatta’s overall work in changing the norms to prevent sexual violence.

The project consists of six steps which were designed to start conversations and raise awareness around consent culture in everyday life. The purpose and aim is to get us thinking about what consent culture really means and how to apply it to everyday relationships. Not only sexual.  But all human relationships.

For each film, Fatta assigned different teams and directors (both male and female), with only the Producer the physical common thread.

KCJ:  This is a superbly powerful film regarding Consent…. Tell us a little about how the project came about and what drew you to it?

F:  Thanks so much.   I was asked by the organization Fatta and the executive producer of the films, if I would be interested in creating one of six different films for the "Got Consent" project.

Often, my favourite projects are ones carrying social meaning and are relevant to the world around us, which I really feel this to be. Consent is such an important issue that goes beyond the surface level of what it actually means. Whilst researching and writing the script, I became aware of how deeply rooted social structures are within us, how they affect sexual behaviours and the importance of shedding light on where our norm stems from.

With no agency attached, working directly with the client, I had free hands to interpret my theme and create the film. So, it´s totally scripted by me.

KCJ:  What was the brief and how did you approach the project?

F: The brief was to create a film for ‘Understand Sex’ that raised awareness around the actual ‘sex act’ when it comes to consent.  A film that can act as a conversation starter for issues around consent. As part of my research and preparation, I began by interviewing people around me as I knew I wanted every word of the script to be someone’s real story. I also borrowed stories from people online, from my own experiences and even from political stories that had been circulating internationally.   And from those stories, I built the script.

KCJ:  What challenges did you face in making the film and how did you set about overcoming them?

F: I think one of the main challenges was realizing how everyone I knew has some kind of ‘crossing (over) the line’ story when it comes to consent. As a result of all the research and stories I had gathered, it became quite challenging not only to select those I wanted to include but also there were so many layers from those individual stories which I wanted to portray. The challenge then, for the sake of the film, was to be selective and shorten the stories without compromising the ultimate project.

Another challenge was related to the project being a pro bono film. With only 2 weeks to get a full crew and cast together for a one and half day shoot was both tricky and intense. However, working with DoP, Viktor Kumlin, whom I’ve worked closely with before was great because we adopt a really collaborative approach.  We know exactly how to set up a scene and get the shot pretty swiftly before moving straight onto the next.

Finally, it’s always quite sensitive working with intimate scenes, so making sure the cast are comfortable can be a challenge.  However, on this particular project I focussed on this during through the casting process which made it slightly easier on the actual shoot day.

KCJ:  What are you most proud of about the film?

F: I think the fact that I got people to take part in creating such an important film, even though it was completely pro bono was a real highlight.  It's always empowering when people in the industry want to take part in a project that they feel is important and because they believe in the strength of the idea.  I really love that!

KCJ:  In a predominately male directing landscape, and as a female, what do you most enjoy most about directing?

F: What I love about directing is that through my interpretation and my films, I get to be a voice for different subjects and different people, often including different angles that might not usually be heard.

Of course, as a director you can’t help but include parts of yourself in what you create, which also gives me an authentic voice in regards to many subjects, which I find really empowering.

But what I don't care for, is analysing what defines me.  As a woman, I feel we've had to define ourselves far too much, for far too long, which can inhibit the freedom of expression and creating.   More freedom, less defining!

The films premiered in Stockholm. 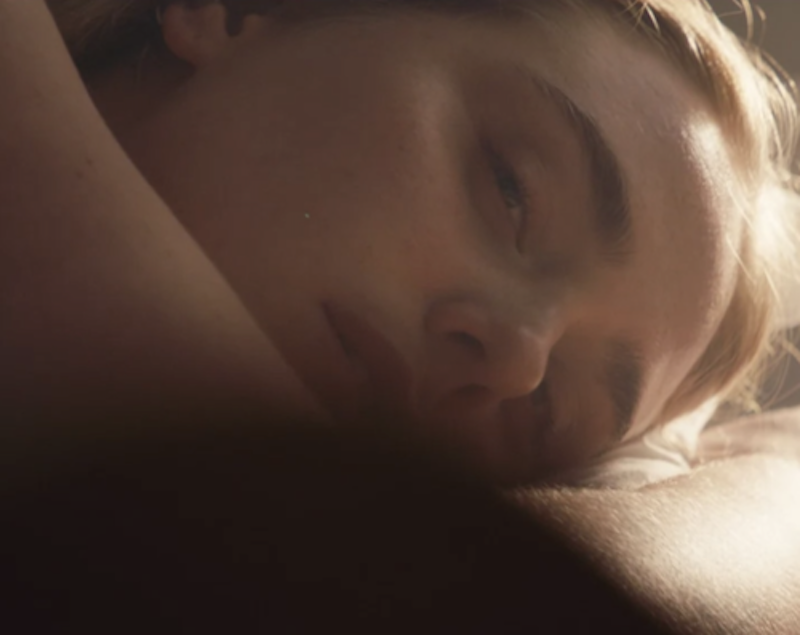