Studio Birthplace: delivering us from a plastic planet 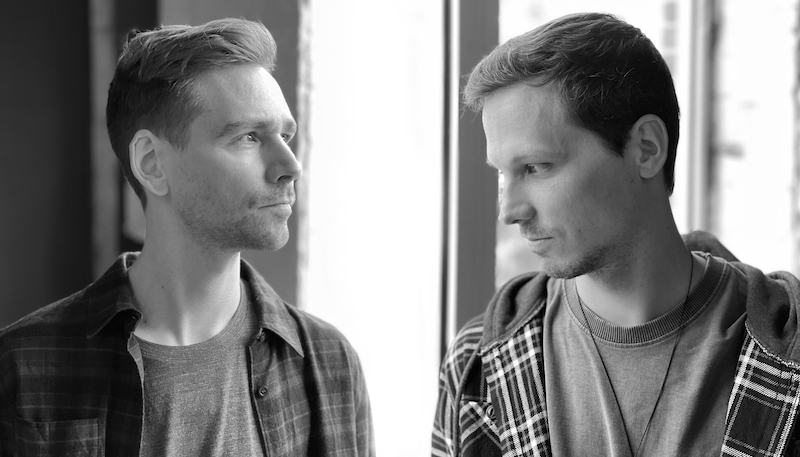 We live in a time where we face a massive ecological and climate crisis, where communities are threatened and wildlife is rapidly going extinct. We decided to form Studio Birthplace because, as creative storytellers, we believe it is our role and responsibility to create awareness and inspire positive change.”

So says Sil van der Woerd [above left], one half of the small but perfectly formed global creative force that isStudio Birthplace, repped by Park Village, set up with long-time friend and collaborator Jorik Dozy [above right] in 2019, and already making an impact with their extraordinary music videos and hard-hitting, eye-opening Humanity’s Impact and Wasteminster films.

We believe it is our role and responsibility to create awareness and inspire positive change.

The latter combines data-led storytelling with some heavy lifting in cutting-edge CG to show what 1.8 million kilograms – 67 million pieces – of plastic looks like when it’s poured over No 10 Downing Street. Because that’s the amount of plastic the UK exports each and every day to be dumped in other, poorer countries – and Van der Woerd and Dozy are really angry about that. And they’re pushing for change.

The pair have always worked as remote creative partners, long before anything called a pandemic – Van der Woerd is based in Amsterdam, Dozy (until recently) in Singapore, where he worked at Lucas Films' Industrial Light & Magic for a decade. After studying advertising at separate colleges in The Netherlands, they met in the noughties at Hollywood’s Gnomon School of Visual Effects in LA, where they became firm friends, flatmates, and collaborators on a range of projects, before Dozy joined ILM to sprinkle CG magic over the likes of Star Wars, Transformers, Lord of the Rings and The Avengers. “He has a super-trained eye on the very highest of production levels,” says Van der Woerd of his partner. “That experience at such a high level really pushes our work from an eight or nine to a 10.”

Sil will come up with an idea and I’ll be like, "you’re crazy", and then we try to figure it out together.

Their first official collaboration was in 2017, a striking music video for British singer Oliver Spalding’s song Epoch, shot in Kuala Lumpur, in which a group of abandoned children desperately try to awaken a world of sleeping adults as the urban environment begins to collapse around them. The helpless sense of dread is palpable. “We wanted to make a video that made a statement for the young generation,” says Van der Woerd. “So we used the metaphor of an iceberg drifting into the ocean and breaking apart, except instead of an iceberg we created a piece of a city that starts to fall apart like an iceberg.”

Mixing live action and outstanding CG at its climax, Epoch was something of a calling card for the duo, who formalised their working relationship by setting up Studio Birthplace two years later in 2019. “There’s a really good synergy between us,” says Dozy of their working relationship. “Sil will come up with an idea and I’ll be like, "you’re crazy", and then we try to figure it out together, and the writing adds to that concept and builds to something stronger.”

“From the start we were never scared to do something we cannot do,” says Sil, “because we knew we could find a way to create it.”

Whether shooting in the sub-zero tundras of Mongolia (for Novo Amor’s Sleepless music video) or in Kuala Lumpur for Epoch, their in-house producer, Sean Lin is the third man at the core of Studio Birthplace. “He’s great at finding superb line producers all over the world,” says Dozy. “We always use local talent when doing a project abroad, and he gets all that together.”

Signed to Park Village soon after they launched, they’re undergoing something of a growth spurt, and all three are involved in the scaling up that’s come with the success of Wasteminster for Greenpeace and Humanity’s Impact, for which they partnered with the Plastic Pollution Coalition. Both films were released earlier this year to astonishment and acclaim and were made in collaboration with another close partner, Singapore-based VFX shopMethod n Madness. The duo have long put the climate crisis at the heart of their work, but these two films took that to the next level.

We encountered really important data related to humanity's impact on our planet. We thought: it should be made much easier to understand this important data. Can't we make it more relatable?

“We were working on another environmental project,” says Dozy, “when we encountered really big and important data related to humanity's impact on our planet. It had numbers like millions, billions and trillions, and we thought: it should be made much easier to understand this important data. Can't we make it more relatable?”

So they brought that data to life via computer simulation, with Method n Madness fashioning a suburban American world drowning in unrecyclable for Humanity's Impact, its narrative-driven by one core piece of data; that, globally, we produce 20,000 plastic bottles every second. “We created some bottles and got the simulation going,” says Van der Woerd, “then we dropped the bottles onto the model of a house. We were overwhelmed by the speed at which the house got swallowed.”

Alongside it they created an AR app with Dutch studio Superposition, in which users could drop the data directly into their home environments to emphasise the dire impact of humanity’s unrecyclables. From that, via Park Village, they got a call from Greenpeace, asking them to make a variation of the film in which the daily export of UK plastics descends upon the braying head of Boris Johnson and Michael Gove.

[Wasteminster] is one of the most arresting films about the madness of our ongoing 'plasticide' you’re ever going to see.

Cue the rendering of a photorealistic Downing Street, covered in 67 million pieces of plastic, made entirely using CG. “From the plastic waste to the characters to the trees,” says Dozy. “It was a massive undertaking that involved tremendously complex simulations and roughly 14,600 hours of render time, or 20 months, to create the final shots." They compensate for all that energy-hungry rendering by planting trees through Tree Nation.

Add to that the voices of Johnson and Gove from impressionists Jon Culshaw and Matt Forde, and then the fact that it takes about 36.8 pieces of plastic to create 1 kilogram of waste, and scale that data up to the 1.8 million kilograms of plastic exported from the UK each day, and you have an almighty flood of rubbish on your hands, and one of the most arresting films about the madness of our ongoing 'plasticide' you’re ever going to see.

The advertising industry needs to take responsibility. It needs to stop speaking lies and dare to speak for a sustainable future for our planet.

It’s highlighting a serious business, but it’s funny, too and, for Dozy, laughter in the dark “can be a powerful tool to help tell some of the saddest stories in our time. It can allow for an easy way in with the audience and make it easier to call out the ugly side of our consumer culture.” And while their next launch is a mobile game, called Birthplace – “in which the player restores natural ecosystems and brings back wildlife” - for them, their mission as creatives in an industry designed to sell products, is neither funny, nor a game.

“It’s mind-boggling how much destruction and suffering has been normalised by advertising. By selling us the pretty picture of an end product and not what is connected to that product,” says Van der Woerd. “The advertising industry should immediately stop advertising for big polluters and stop creating greenwashing campaigns. It needs to take responsibility. It needs to stop speaking lies and dare to speak for a sustainable future for our planet.”