Wasteminster: A Downing Street Disaster is a purposeful film that aims to help change the Government's current policy on plastic pollution by accurately visualising the shocking amount of plastic waste the UK dumps every day on developing countries overseas. 1.8 million kilograms to be exact.

The dedication and outstanding technical ability that has gone into this animation is phenomenal. We’re so grateful for the creativity of Studio Birthplace and Park Village, the ecological ethos of directors Sil & Jorik, and the CGI skills of Method & Madness. This powerful film shows the shocking truth about what happens to plastic that the government tells us is being recycled but is being exported for other countries to deal with. And who better to enlist for the voiceovers than impressionists from the legendary Spitting Image, the impeccable voice talents of
Jon Culshaw and Matt Forde.” Nina Schrank, senior campaigner at Greenpeace 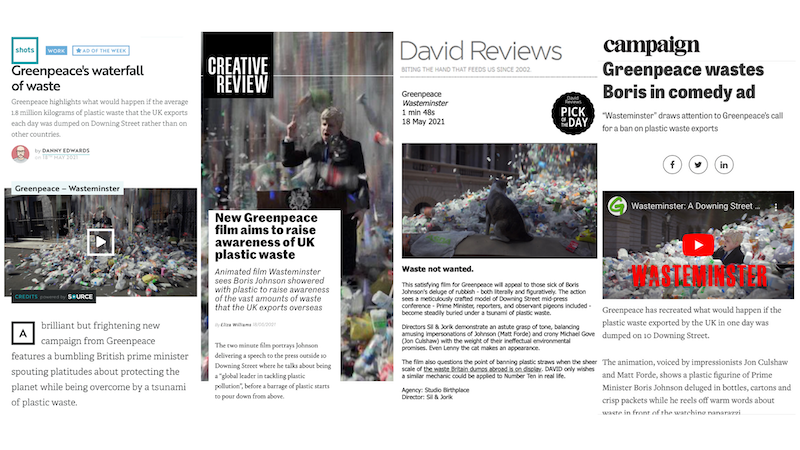 “It was a real honour to work with such an incredibly dedicated team at Studio Birthplace, led by our directors Sil & Jorik. The hours of painstaking CGI, across 3 time zones, really shows in the insane detail of the waste simulation and modelling, and to be able to put that skill to work for such an important cause and well-regarded client such as Greenpeace was an absolute privilege.” Adam Booth, Executive Producer at Park Village

And here's a small example of the incredible detail Studio Birthplace went to create 'Wasteminster': “We researched the average empty weight of each of the 150 item and concluded that it takes an average of 37 plastic items to make up 1 kg of plastic waste - that’s a total of 67.7 million items to make up the UK’s daily export of plastic waste! We then combined 1,000 plastic items into a single, large ball and dropped 67.7 thousand of those balls onto the digital Downing Street set, giving a realistic representation of the actual daily volume” 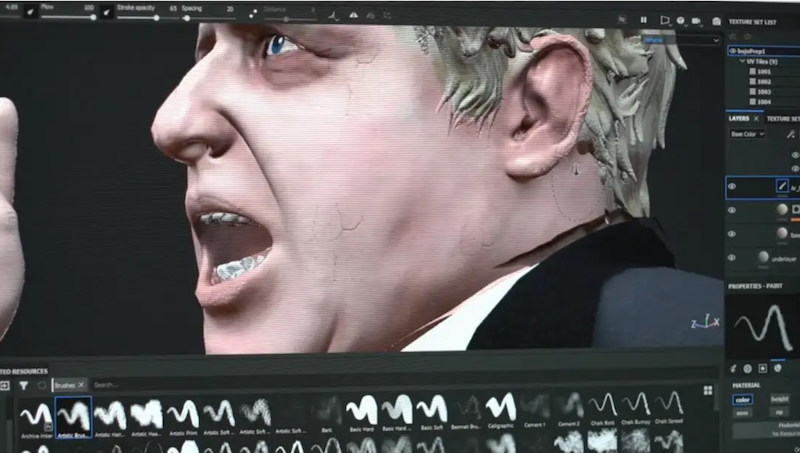 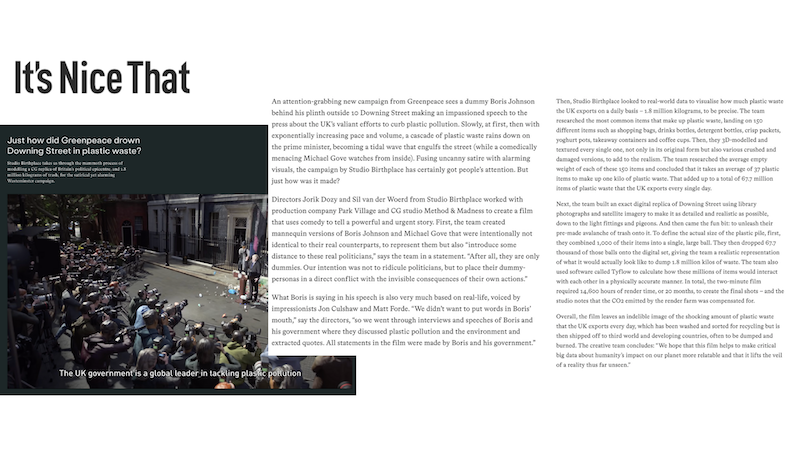 IT'S NICE THAT • Just how did Greenpeace drown Downing Street in plastic waste? 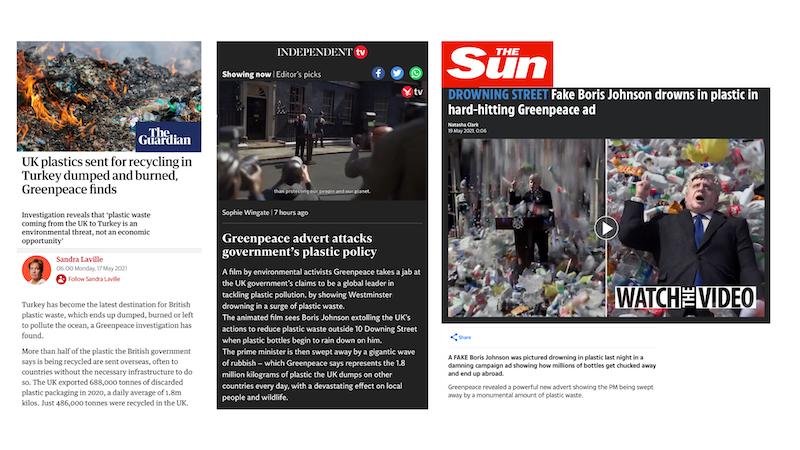 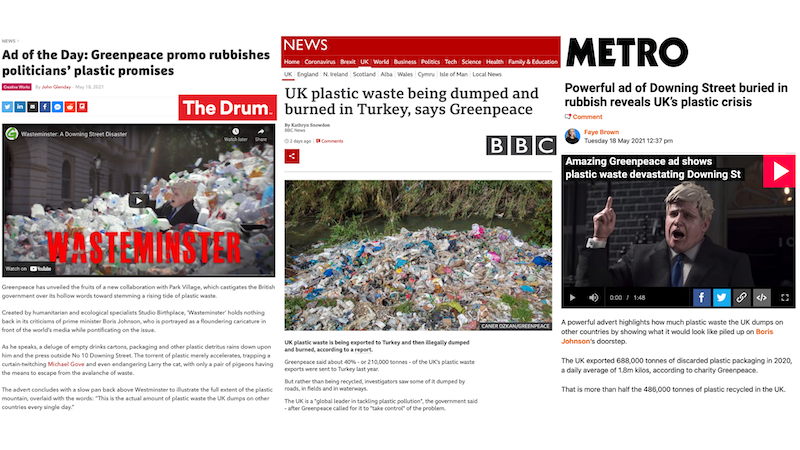 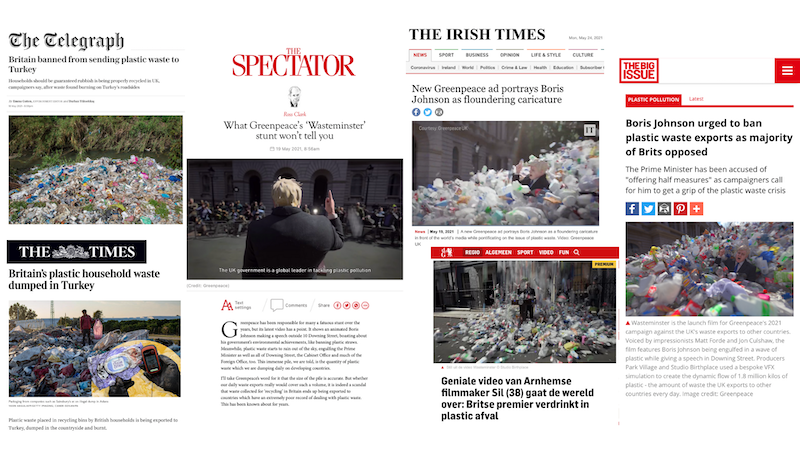 THE TELEGRAPH • Britain banned from sending plastic waste to Turkey

THE SPECTATOR • What Greenpeace's Wasteminster sent won't tell you 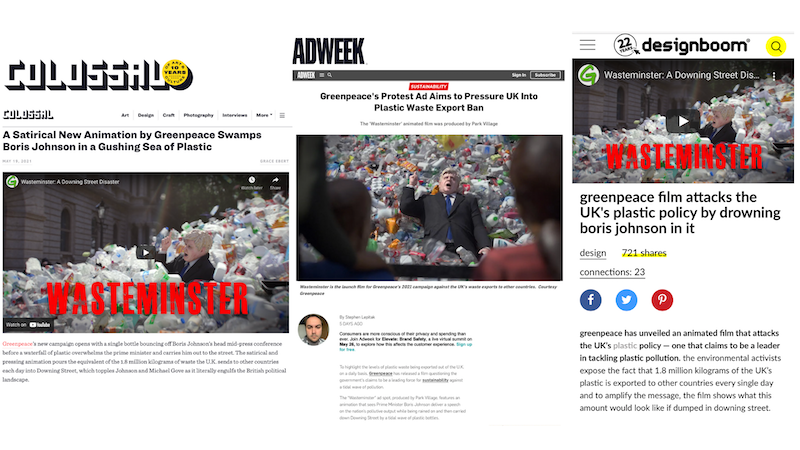 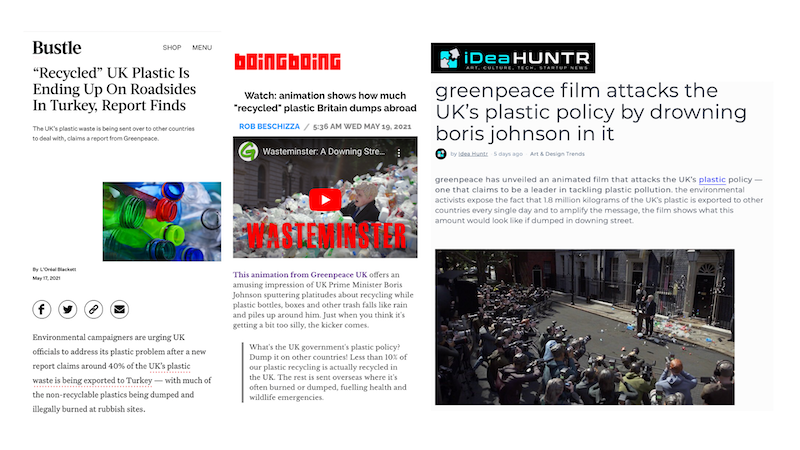 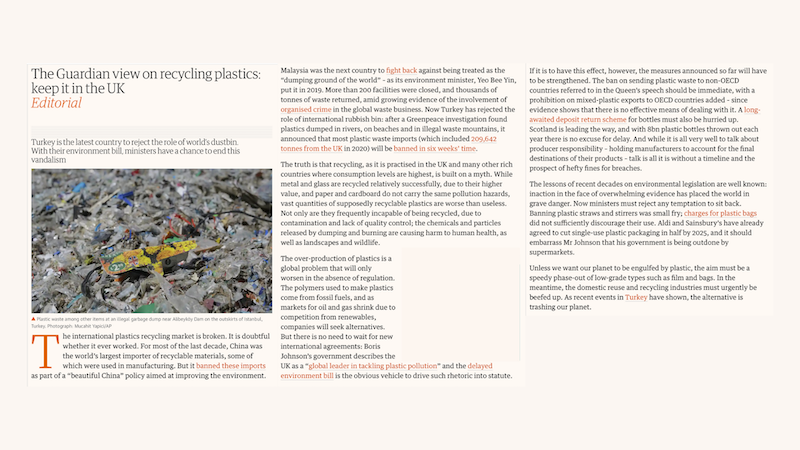 THE GUARDIAN • Editorial: The Guardian view on recycling plastics: keep it in the UK 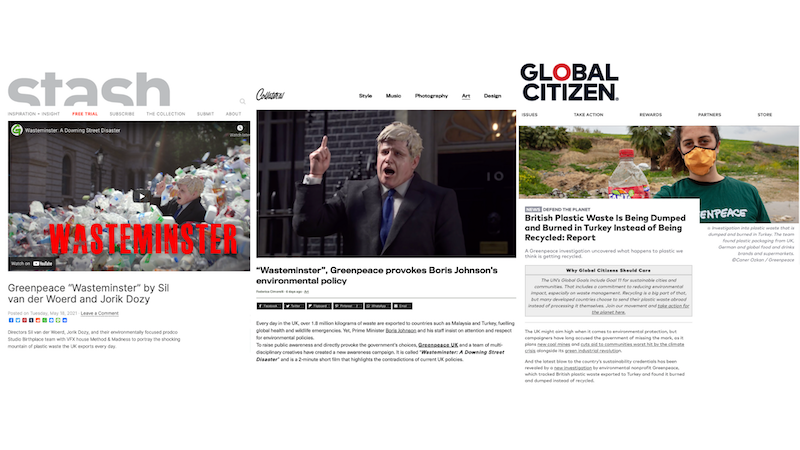 GLOBAL CITIZEN • British plastic waste is being dumped and burned in Turkey instead of being recycled: report